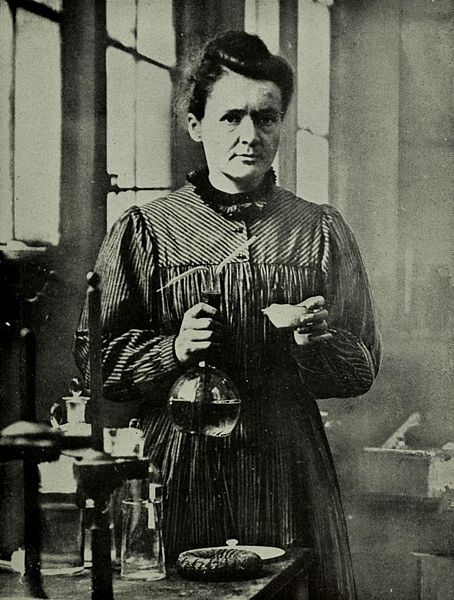 In the first article of our Women in Medical Imaging series, we introduce you to some individuals who have, or are currently, making their mark in the field. Some are no longer with us but have left us with lessons that continue to benefit human lives; others are just in the beginning of their careers but are already making advancements in medical imaging technology.

Marie Curie (1867-1934) was a Polish scientist known for her innovative research in radioactivity. She won two Nobel Prizes – the first was in 1903 for Physics, which she shared with her husband, Pierre, and with Antoine Henri Becquerel; the second was in 1911 for Chemistry.

During World War I, Curie was extremely influential in bringing medical imaging technology “to the field” in France. While X-ray machines were available in large hospitals, Curie wanted to make these more accessible to the front lines.

She equipped vehicles with X-ray equipment  and even drove them herself  to the battlefield. She became director of radiological services for the Red Cross and taught doctors and attendants medical imaging techniques.

After reading about Wilhelm Conrad Röntgen’s discovery of X-rays, Elizabeth Fleischmann (1867-1905) was inspired. Circa 1896, she began reading all she could find about the subject, completed a six-month electrical science course, and then opened her own X-ray lab in San Francisco.

During the Spanish-American War, wounded soldiers from the Philippines were arriving in California. Having already earned a reputation as an expert radiographer on the coast and in the country, Fleischmann used X-ray technology to locate bullets and shrapnel among the injured.

The San Francisco Chronicle stated, “She be­came indispensable to the Army physicians.” Sadly, eventually, Fleischmann’s right arm had to be amputated due to radiation-induced cancer which ultimately led to her death.

Dublin-born Florence Ada Stoney (1870-1932) was the UK’s first female radiologist and she started the X-ray department at the Royal Free Hospital in London. When World War I started, Stoney went to the War Office to offer her services as a radiologist, but she was refused due to her gender. Instead, she and her sister Edith created a women’s volunteer unit and worked with the Red Cross in a makeshift medical facility.

The women’s volunteer unit was awarded a star for bravery, and in 1915, Stoney became the first woman to be hired full time by the War Department – she was appointed head of the Fulham Military Hospital’s X-ray department.

Alice Ettinger (1899-1993) was born in Germany where she studied and trained in medicine and radiology. In 1932, she introduced spot-film imaging, a technique developed by Dr. Hans Heinrich Berg, to the United States; Ettinger then remained in the country to teach for decades.

During WWII, Ettinger helped Jewish refugees fleeing the Nazi regime come to the U.S. and to get medical jobs. Ettinger became the Tufts University School of Medicine’s first chair of radiology, and also served as the Boston Dispensary and New England Medical Center’s first  radiologist-in-chief. She taught until the age of 86.

Lucy Frank Squire (1915-1996) was a well-known radiologist and educator. She was the first female resident in the radiology program at Massachusetts General Hospital. After working in private practice, Squire began teaching university students. From 1966 until 1994, she taught at State University of New York (SUNY) Health Science Center (except for a few years when she taught at Harvard Medical School and served on the staff at Massachusetts General Hospital.)

Squire published some well-established and known text books still used in the field today, which she wrote initially so that her own students would understand radiology basics better. These texts include Fundamentals of Radiology, Exercises in Diagnostic Radiology and Living Anatomy. Among the many awards she’s won, Squire was the first to win the American Association of Women Radiologists (AAWR’s) Marie Curie Award. The AAWR now also has a “Lucy Frank Squire Distinguished Resident Award.”

For her innovations in medical imaging, Professor Christine Hendon was awarded a Presidential Early Career Award (PECASE) by President Obama in January 2017. The 30-something, Columbia University electrical engineer prof was among 102 scientists, engineers and researchers to achieve the prestigious honor.

Hendon has been working on a technique nicknamed “optical ultrasound” that uses coherence tomography (OCT) and spectroscopy which offer better resolution than such modalities as MRI, PET and ultrasound.

Some of the medical applications Hendon has been delving into include  treating heart arrhythmias, detecting breast cancer and guiding surgeons to see larger tissue areas so that only a minimal amount has to be removed during biopsies.

While completing her doctoral studies at Duke University, Muyinatu Bell developed a new ultrasound technique that would allow for a more effective detection of disease while imaging obese patients.

A 30-something engineering professor at John Hopkins University, Bell has recently been working on photoacoustic imaging which combines both light and sound to improve the quality of images. “She is especially interested in using it for real-time visualization of blood vessels during neurosurgeries to lower the risk of accidental harm to the carotid artery, which supplies blood to the brain,” stated the MIT Technology Review in 2016, when it named Bell among its prestigious list of “35 Innovators Under 35”.

These are just some of the women from then and now who have played a significant role in the world of medical imaging. But there are more! Know one we’re missing? Drop us a line at: info@ultrasoundschoolsinfo.com

Next Article: The Beneficial Uses of Core Ultrasound

Previous Article: A Sonographer’s Guide to Personal and Professional Success