An Overview of Ultrasound History and Discovery The technology used in medical ultrasound is continuously evolving and currently contributing to important improvments in patient diagnosis and treatment. The science and technologies employed in sonography have a long and interesting history. This story begins with the women and men (and yes animals) from across the world who have contributed to the evolution of ultrasound over the past 225+ years.

Let’s take a look back at the history of ultrasound and learn how the use of sound waves as a diagnostic tool made their way into clinics and hospitals across the globe. Many ask, who invented the ultrasound?  Italian biologist, Lazzaro Spallanzani is most often credited person for discovering ultrasonography.

Lazzaro Spallanzani (1729-1799) was a physiologist, professor and priest who carried out numerous experiments that led to great insights in human and animal biology.

In 1794 Spallanzani performed studies on bats that concluded that they could navigate using sound rather than sight. This is now known as echolocation where locations are determined or identified through sound waves being reflected or bounced back from objects in an environment.  These same principles are how medical ultrasound technology functions today.

Ultrasound is characterized as sound waves with a frequency higher than what is audible to the human ear. “The first detailed experiments that indicated that non-audible sound might exist were performed on bats by Lazzaro Spallanzani,” states D. Kane, W. Grassi, R. Sturrock, P. V. Balint; A brief history of musculoskeletal ultrasound: ‘From bats and ships to babies and hips’, Rheumatology, Volume 43, Issue 7, 1 July 2004.

Find Schools Near You

We can find several additional examples of echolocation in nature. Echolocation pulses are short bursts of sound at frequencies that span from about 1,000 hertz in birds to at more than 200,000 hertz in whales.

Gerald Neuweiler, in his book The Biology of Bats, describes how Spallanzani brought owls into his lab and observed that they would not fly around the room if there was no source of light. “When he repeated the same experiment using bats, these small mammals flew confidently around the bishop’s study, even in total darkness, managing to avoid the wires that Spallanzani had hung from the ceiling,” wrote Neuweiler.

Neuweiler adds that the Italian scientist even blinded the bats by burning them with a “red-hot needle” and still they were able to avoid the wires. Spallanzani knew this because bells were attached to the ends of the wires.

The physiologist gained insight that the bats were relying on the sense of sound for navigation because when he placed closed brass tubes inside the mammals’ ears, they could not navigate the room properly and would fly into the wires.

Although he did not know that the bats were emitting their own sound for orientation, sound higher than he or any human would be able to hear, Spallanzani was able to conclude that the creatures were using their ears to navigate their environment.

Medicine Benefits from Developments in Ultrasound

As time passed, others continued to build on Spallanzani’s work.  It was in 1942 that Neurologist Karl Dussik is credited with being the first to use ultrasonic waves as a diagnostic tool.  He transmitted an ultrasound beam through the human skull in attempts of detecting brain tumors.  This is still very early in the history of diagnostic medical sonography, but it was clear that this noninvasive technology had tremendous possibility.

Ultrasound technology and its application in healthcare have continued to mature.  The advancement of tools and refinement of procedures are happening everyday.  Most recently, smaller portable scanners have become more widespread, and have helped further integrate the use of ultrasound in more areas and stages of patient care. It was truly an honor to interview Joan P. Baker MSR, RDMS, RDCS, FSDMS. Originally from England, Baker was invited to the United States in the 1960s – due to her sonography passion and practice – and she’s been here ever since.

Here’s a look back at some of the key milestones in the development and history of ultrasound technology.

History of Sonography in Obstetrics and Gynaecology

In our current culture, ultrasounds might best known for their use during pregnancy to produce a sonogram, a visual image produced from an ultrasound examination.  Within the larger ultrasound family of specializations, Obstetrics and Gynaecology have seen some important historical moments as well.  You’ll find some of the more notable developments in the OB/GYN specialization below.

Additional information about this topic and resources consulted about the history of sonography.

If you would like to become a part of this evolving field, you can complete a degree at one of the numerous ultrasound schools across the country.

The winner of the Spring 2022 Sonography Student Scholarship is Jessica Dondlinger! Jessica will be attending Washburn University’s DMS program.  👏 👏🎉 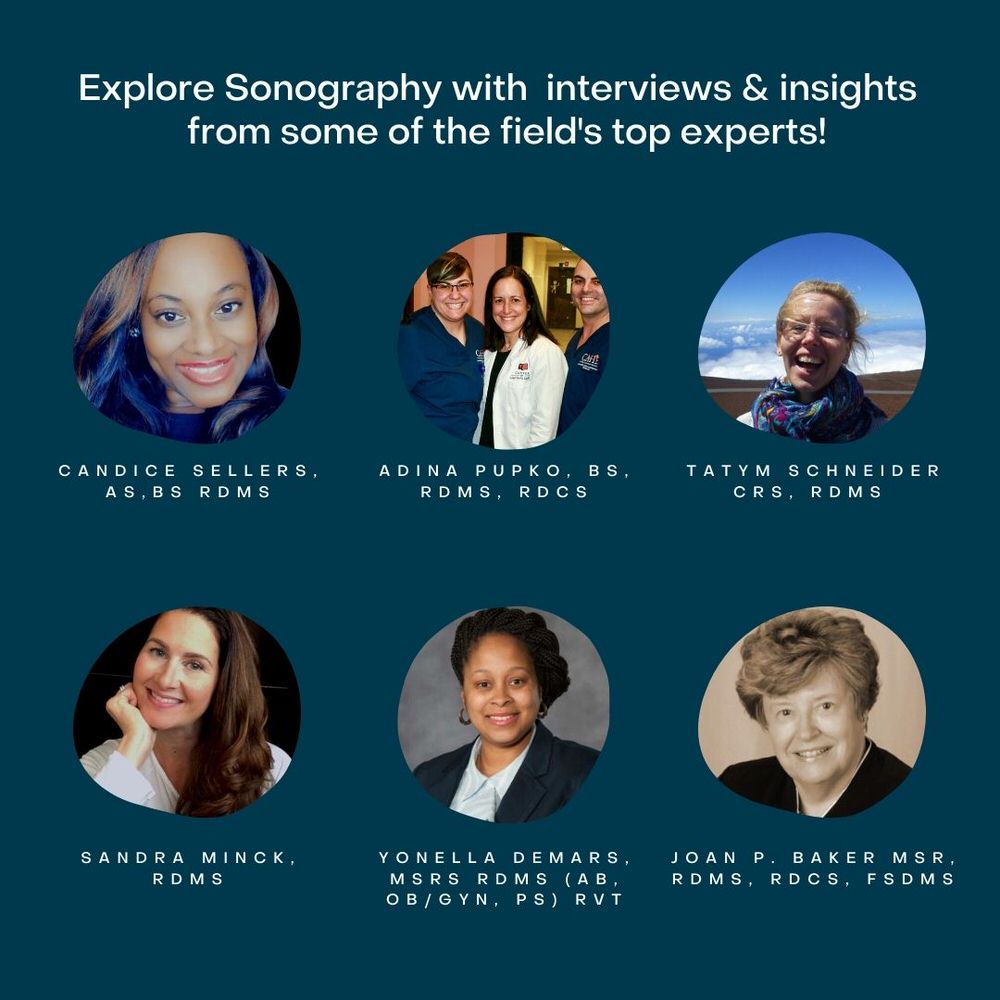